It is a pleasure to remember a loved colleague and professor, remember his wisdom, knowledge, greatness, and generosity ; this gives plenty of happiness and quiet thoughts. But, when done in front of a cruel reality, knowing that we will never see him again, it leaves a taste of unsatisfaction thinking that we should have said this over and over again, with such a force as we can do in this few farewell lines.

Just a few months ago, Professor J.-Y. Pivan was giving lectures and carrying on his research at the ENSCR (Ecole Nationale Supérieure de Chimie de Rennes) and at the ISCR (Institut des Sciences Chimiques de Rennes), at that beautiful Beaulieu campus of the Rennes University, in Brittany (Bretagne), lovely region at the northwest of France.

A quick look at his academic career finds J.-Y. Pivan in 1978 when he starts university studies at Rennes, climbing up all different steps in the general cursus. His eagerness for research started in 1983 at a Master level, getting a Ph.D. diploma in 1985, looking after the physico-chemical properties of molybdenum clusters (the Chevrel phases) and later, on transition-metal and rare-earth pnictides. From 1985 till 1988 he taught at the Institute of Technology of Lorient (IUT), in Bretagne, coming back to Rennes to assume functions of Assistant Professor at the ENSCR in 1988. Pursuing the double role of teaching and basic research, he got the Habilitation Diploma in 1997; two years later, he was named Full Professor. His interest turned then towards organic-inorganic materials, having as main tool the solvothermal synthesis of open structures. A keyword was always on his mind : modelling magnetic interactions on complex hybrid structures, opening wide horizons to many Chilean teams during the last two decades.

The work of Professor Pivan is invaluable in academic research but also teaching and forming young students at Master and Ph.D. levels. He gave plenty of time and effort to also conduct students from other countries (Algeria, Morocco, Ukraine …) but, most important, it involved students from several universities in Chile : Universidad de Chile, Universidad de Concepcion, Universidad Andrés Bello, high-level institutions with which Prof. J.-Y. Pivan was delighted to interact. During the last decade, he travelled several times to Chile, participated in examination committees of students and interacted with colleagues from Universidad de Concepcion, resulting in a large number of publications, conferences and lectures on Inorganic Chemistry, pointing out the beauty, the importance and the “hidden” ideas of this matter.

Jean-Yves Pivan leaves unforgettable mile-stones in our hearts and minds, his ideas will mark for a long time our research, being an excellent example for the next generation of young researchers in Chile. Would be these lines to remember him forever. 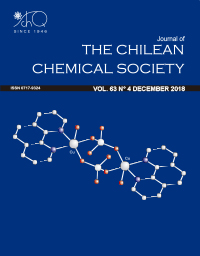